Google's Humming Bird Update and What It Means for SEO 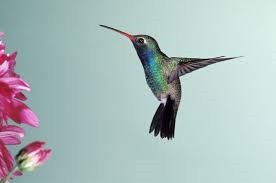 Google has rolled out a new algorithm called "Hummingbird" for all search results in September 2013. The algorithm, has been live for about 5 months now and is meant to improve search results for long-tail queries and "contextual search.”

What is Google's Hummingbird Update?

The Google Hummingbird announcement was made in Menlo Park in September 2013. Its name is symbolic for the speed and precision it shares with the bird it is named for.

Hummingbird is the biggest overhaul to the google search engine since the 2009 "Caffeine" algorithm, which focused on speed and integrating social network results into search. It affects about 90% of searches according to Google. The main focus is that the new algorithm allows Google to more quickly parse full questions, as opposed to parsing searches word-by-word, and to identify and rank answers to questions from the content they’ve indexed.