AlertEnterprise (AE) is an Enterprise Security Software manufacturer uniquely positioned to address threats that span both Informational Technology (IT) and Operational Technology (OT). The software is able to detect anomolies in seemingly meaningless events which allows AE to mitigate and stop threats from things like: Terrorists, Accidents, and Insider Threats.

Their verticals include companies who have infrastructure and people to protect in addition to IT such as: Utilities, Oil and Gas, Airports, Federal, Food and Beverage and more. While their software is perfectly positioned to address market conditions, this positioning creates a number of unique challenges in integration.

Alert Enterprise has to convince experts in both sides of the house to integrate software with things like shotgun detectors, electric fence monitors, video surveillance, badging systems, and SCADA/ICS valve controls, from vendors like Honeywell and Siemens along with HR software, and IT hardware like firewalls, network servers, and PCs. It is a daunting task since both sides of the house have their own managerial hierarchiesL Having visibility to both sides gives greater control and protection for people and assets.

Bay Area Inbound was able to overcome this hurdle. We created 12 offers in 3 months time at all levels of the sales funnel that educated prospects on the necessity of AlertEterprise Products. These offers brought in qualified leads, increased sales appointments set, multiple campaign touches, and Sales by 200%, increased brand awareness, and social media followers by 400%. We also significantly improved Alert's SEO position moving forward.

Pan Kamal, VP Marketing at AlertEnterprise
"Laurie managed to quickly create a lot of new demand generation and lead generation programs that increased leads and brand awareness for AlertEnterprise such as:
-Educational Game called "Can You Name This Recent Security Disaster that Involved Both IT and OT?"
-JumpStart Weekly Product Demonstration Webinar Series Focusing on Real-World Events
-Insider Threat "Kit"
-VITO Letters for Sales Reps to Blast to Territories Which Increased Appointments and revenue by 200%
-Wiley e-Book: IT and OT Security Convergence for Dummies
-Migrated blog and created template for SEO", August 2014 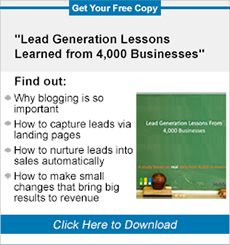