Lessons Learned from Boys in the Boat 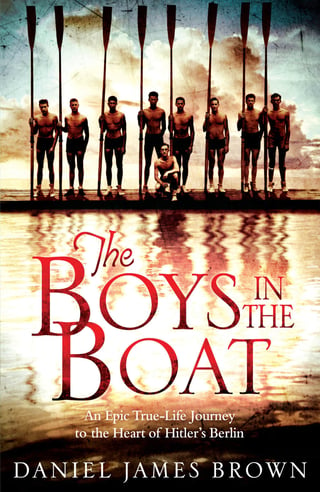 Our hostess showed actual footage she found on YouTube from the 1936 Olympic race when the UW team took the gold in Germany.

She also shared a quote from the book that is really the whole point of the book and an important part of life.

The quote is below with a number of other quotes by Daniel James Brown.

On Challenges That Make Us Stronger

“So is life: the very problems you must overcome also support you and make you stronger in overcoming them."
—George Yeoman Pocock (boat builder)
“Look, son, if there's one thing I've figured out about life, it's that if you want to be happy, you have to learn to be happy on your own.”
“Finally, as Joe pulled over to the curb to drop her off at the judge’s home, Joyce erupted. She demanded to know why Joe let his parents treat him as they did. Why did he go on pretending that they hadn’t done him any harm? What kind of woman would leave a boy alone in the world? What kind of father would let her do that? Why didn’t he ever get angry at them? Why didn’t he just demand that they let him see his half siblings? She was nearly sobbing by the time she finished.”
“It takes energy to get angry. It eats you up inside. I can’t waste my energy like that and expect to get ahead;" Joe Rantz about being abandoned by his family at age 15.
“And perhaps that was the worst of it. Whether you were a banker or a baker, a homemaker or homeless, it was with you night and day—a terrible, unrelenting uncertainty about the future, a feeling that the ground could drop out from under you for good at any moment;” About living through the Great Depression.
“Competitive rowing is an undertaking of extraordinary beauty preceded by brutal punishment. Unlike most sports, which draw primarily on particular muscle groups, rowing makes heavy and repeated use of virtually every muscle in the body.”
“Physiologists, in fact, have calculated that rowing a two-thousand-meter race—the Olympic standard—takes the same physiological toll as playing two basketball games back-to-back. And it exacts that toll in about six and a half minutes.”
“When Al Ulbrickson arrived on the float, he crouched down next to the boat and, with a cryptic smile, quietly said, “Well done, boys.” Joe had never heard his coach speak in quite that tone of voice. There seemed to be a hint of hushed respect in it. Almost deference.”
“Rowing a race is an art, not a frantic scramble. It must be rowed with head power as well as hand power. From the first stroke all thoughts of the other crew must be blocked out. Your thoughts must be directed to you and your own boat, always positive, never negative.”
“It was a shared experience—a singular thing that had unfolded in a golden sliver of time long gone, when nine good-hearted young men strove together, pulled together as one, gave everything they had for one another, bound together forever by pride and respect and love.”
“Every one of them believed he was simply lucky to be rowing in the boat, that he didn’t really measure up to the obvious greatness of the other boys, and that he might fail the others at any moment. Every one of them was fiercely determined not to let that happen.”
“The world knew nothing of this. The illusion surrounding the Olympic Games was complete, the deception masterful. Joseph Goebbels had artfully accomplished what all good propagandists must, convincing the world;" About hiding the atrocities of Nazi Germany and exertmination camps.

Synopsis of Boys in the Boat

The best-seller Boys in the Boat teaches some valuable lessons about the importance of teamwork and character as well as chronicles the deception of the world during the 1936 olympic games.

***Spoiler Alert: Details of the plot are revealed in this article.*** The setting of the book is University of Washington and the focus is on the crew team. The time frame of the biography was during the great depression in the 1930s.

The main character, Joe Rantz, insisted from the beginning the book must be about the whole team. Rantz was a boy from a family who suffered a great tragedy.

Rantz's mother died of cancer and his father remarried. The family home burned down and the father risked his life to save the first wife's piano. The new wife became abnormally jealous of the boy, because he was the child from the first wife.

Rantz's family was destitute when the father lost his job due to the depression. So they moved to a mining town where the father could find work.

His second wife insisted the 12-year-old Rantz move out and work in the canteen feeding miners, since her own small children were competing for food around the dinner table with the pre-teen.

Later Rantz's Step-Mom convinced his Father to leave Rantz completely on his own at 15-years-old to make his way in the world. Rantz decided not to sit around feeling sorry for himself and did everything possible to find food and earn money in the depression.

He fished for salmon, he did hard labor on farms, he ate watercress from the wild. He eventually decided to go to college and join the crew team.

There were two salvations in Rantz's young life: the first was a young woman who befriended him along with her family. She became the love of his life. The second was the crew team.

The U of W crew team won several big races and the Coaches were planning for the Olympic games being hosted by Hitler in Nazi Germany. The Nazis went to great lengths to hide what they were doing to Jewish people during the games. The book cuts back and forth between the horrors in Nazi Germany and the depression in America many times.

The young men who rowed crew left campus in the summers to earn money for college and Rantz with several others worked on the Grand Coulee Damn.  My own Grandfather worked on that FDR project after his family lost their dairy farm during the depression.

The Coach tried a lot of different configurations of boys in the boat to pick his winning crew for the 1936 olympic games with varying degrees of success and failure. A mentor for the boys was George Yeoman Pocock, the shell builder who was, poetically, Jewish. I say poetically, because it was his craftsmanship and wisdom that was a big part of enabling the rag-tag team of boys to beat Hitler's well-financed crew of Aaryan purity and become gold medalists in the 1936 Olympics.

Pocock helped the boys understand the importance of integrity in crew and life and often showed them in the painstaking lengths he took to build better shells for crew.

Ultimately the coach chose boys with outstanding character to crew the olympic boat.

They had to trust each other. The force they had to exert in a synchronized pull was so strong it would tear them apart if their teammates weren't rowing with them.

All the boys were underdogs who had experienced big trials in their lives which shaped their characters. They all chose to live with fidelity, charity, hard work, and integrity.

They relied on God and each other.

Rantz's self-doubt was replaced with selflessness and confidence when rowing with this crew of great young men. Rowing together they were unbeatable.

All the boys ended up living happy, healthy, successful lives. Many of them became engineers and other professionals and presidents of organizations.

For me the book was spiritual. I can't help drawing many parallels to aspects of my own life and work to the book.

Who would have thought that to be great at rowing crew takes character? I agree with the book, it takes great character to succeed at anything in life long-term.

I like this Cicero quote: "To be, not to seem".

"Esse quam videri" is found in Cicero's essay On Friendship, "Virtute enim ipsa non tam multi praediti esse quam videri volunt" ("Few are those who wish to be endowed with virtue rather than to seem so".)

I also like this quote from Jane Austen, about Mr. Darcy and Mr. Wickam,"One has got all the goodness, and the other all the appearance of it.''

We have seen in our own lives that trials have made us stronger. We strive "to be, not seem" as the Boys in the Boat.

Gratitude for the Vaccine and Front-Line Workers

So grateful to everyone who made the covid-19 vaccine possible and everyone that sacrificed and enabled us to get through the pandemic with so many fewer deaths (US ~600K, world-wide ~4 million) than the Spanish Flu of 1918 where we lost an estimated 70-80 million people world-wide.

Greatful to be able to hang with grandparents, see family and friends in California again.

For a free marketing evaluation and recommendations, click the button below. 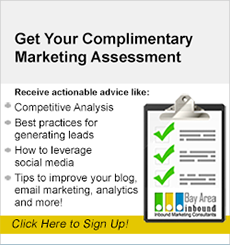